It follows a note published on the day (07/10) in the website of the National Institute for Space Research (INPE) informing that the CBERS-3 balancing completed.

In Beijing, China, experts of the Brazil’s National Institute for Space Research (Instituto Nacional de Pesquisas Espaciais – INPE) and of the China Academy of Space Technology (CAST) have completed the balancing and mass properties measurement of the China-Brazil satellite CBERS-3, to be launched later this year.

The balancing is performed to meet the requirements of the center of gravity position established by the launch vehicle and by the subsystem of attitude and orbit control. The precise knowledge of the satellite mass properties is crucial for a better performance of this subsystem. Then, CBERS-3 might undergo acoustic vibration testing.

The satellite is the fourth one developed by the CBERS Program (China-Brazil Earth Resources Satellite), a partnership with China that has ensured both countries mastering the remote sensing for Earth observation technology.

Also in 2011, it has been sent to Beijing the equipment developed by Brazilian companies, to be installed in CBERS-3 structure along with the Chinese equipment before the testing.

These activities are essential to demonstrate the proper functioning of the satellite during similar environmental conditions of the launch and orbit, and identify and correct any problems. Even before leaving for China, CBERS-3 had all its equipment and subsystems tested at the Integration and Testing Laboratory (LIT) of INPE, in São José dos Campos (SP).

For further information about CBERS: www.cbers.inpe.br 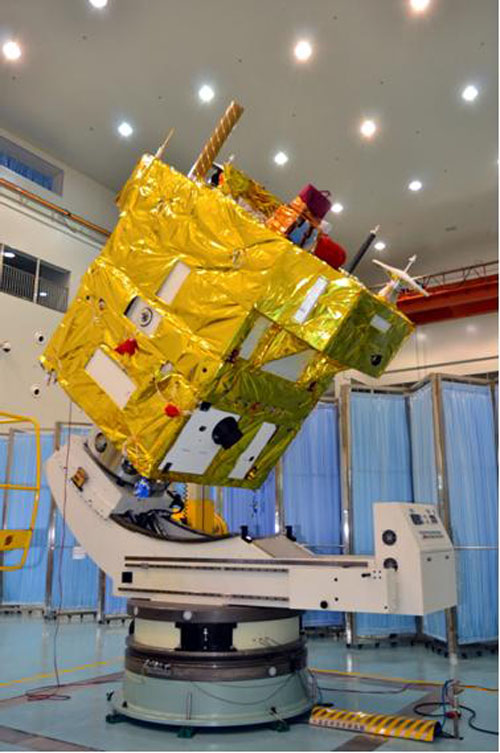