It follows an article published in the day (11/28), in the website www.spacedaily.com, pointing out that Brazil confirms satellite deal after US spying outcry. 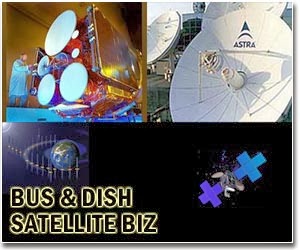 Brazil's state-owned telecom provider Telebras signed a $560 million contract to deliver a satellite for secure communications on Thursday, following months of outrage over revelations of US cyber-spying.

A statement said a joint venture between Telebras and Embraer would deliver the geostationary satellite for strategic communications by late 2016.

Embraer said the satellite would ensure Brazil's "sovereignty over strategic communications in both the civilian and military areas."

Brasilia has been angered by reports of US electronic spying on Brazilian government communications, as well as phone call data and emails of millions of Brazilians.

Those disclosures, drawn from revelations by US intelligence leaker Edward Snowden, led Brazilian President Dilma Rousseff to reprimand the United States at the UN General Assembly session in September and to scrap a planned state visit to Washington.

Visiona Tecnologia Espacial, a joint venture between Embraer and Telebras, will be responsible for integrating the Defense and Strategic Communications Geostationary Satellite (SGDC) system, Embraer said.

The SGDC system involves the ministries of communications, defense and science and Technology, an Embraer statement said.

It said the satellite would be operated by Telebras on the civilian band and by the defense ministry on the military band.

French-Italian firm Thales Alenia Space (TAS) is to supply the satellite while European satellite launch company Arianespace is to launch it.

The suppliers are to transfer technology to Brazilian companies, a process that will be supervised by the Brazilian National Space Agency, Embraer said.

It stressed that the SGDC system will provide full security for the government's strategic communications and military communications as it "will be controled in Brazil at stations that are located in military areas, under the coordination of Telebras and the defense ministry."

"Satellites that currently provide services to Brazil are either controled by stations outside of the country or the control is in the hands of companies run by foreign capital," Embraer said.

"In either of the cases there are risks of interrupted services, in situations of international conflict or due to the political or economic interests of others," it added.