It follows a note published on the day (06/05) in the website of the National Institute for Space Research (INPE) informing that the INPE has PRODES 2011 Consolidated Data.

This number is the lowest Amazon deforestation rate recorded since INPE started measuring it in 1988. PRODES recognize as deforestation areas larger than 6.25 ha that have been cleared.

The consolidated rate is 3% higher than the estimated in December 2011, which was 6.238 km2, based on 97 Landsat images of the areas where there were recorded more than 90% of deforestation in the previous period (August/2009 to July/2010).

The chart below shows the deforestation rate in each state of Amazonia: 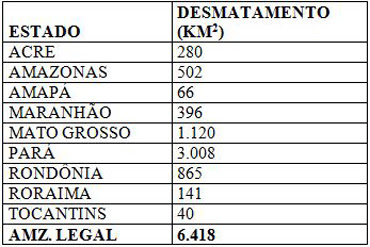 This outcome confirms the downward trend in the rate of Amazon deforestation that has been observed since 2005, when the PPCDAm activities were initiated, as shown in the graphs below: 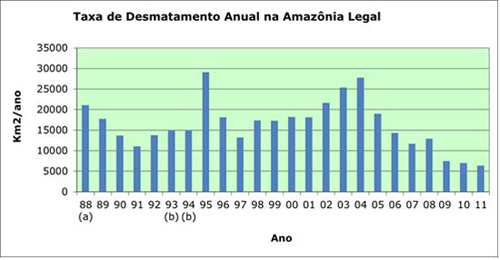