Through the Atmosphere with Sharp Edges

It follows an article published on the day (06/22), in the website of the “German Aerospace Center (DLR)", informing the successful launch of the german SHEFEX-II experiment in Norway.

Through the Atmosphere with Sharp Edges 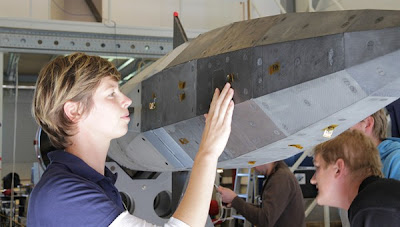 After a 10-minute flight, the sharp-edged SHEFEX II spacecraft landed safely west of Spitsbergen. Researchers from the German Aerospace Center (Deutsches Zentrum für Luft- und Raumfahrt; DLR) launched the seven-ton and roughly 13-metre-long rocket and its payload from the Andøya Rocket Range in Norway at 21:18 CEST on 22 June 2012. As it re-entered the atmosphere, SHEFEX withstood temperatures exceeding 2500 degrees Celsius and sent measurement data from more than 300 sensors to a ground station. “The SHEFEX II flight takes us one step further in the road to developing a space vehicle built like a space capsule but offering the control and flight options of the Space Shuttle much more cost-effectively,” says project manager Hendrik Weihs.

DLR has been working on the SHEFEX programme for 10 years, developing a technology in which a spacecraft can re-enter the atmosphere and land without suffering damage. SHEFEX is angular and sharp-edged; its structure consists of planar surfaces, which are easier to manufacture and are thus less expensive than the usual rounded shapes. The sharp edges are also aerodynamically advantageous. DLR researchers have developed various thermal protection systems to control the high temperatures that the edges are subjected to during re-entry.

The SHEFEX I spacecraft, launched on 27 October 2005, enabled researchers to collect data during flight for the first time. That flight lasted 20 seconds and the craft re-entered at a speed of Mach seven. SHEFEX II reached a speed of 11,000 kilometres per hour – roughly 11 times the speed of sound – as it re-entered the atmosphere. It reached an altitude of approximately 180 kilometres.

The SHEFEX project is a collaboration between six DLR institutes. The DLR Institute of Aerodynamics and Flow Technology carried out numerous wind tunnel tests, computed the flow field at re-entry and equipped the rocket with sensors for measuring temperature, pressure and thermal stress. The DLR Institute for Structures and Design built the spacecraft and was responsible for designing and producing the ceramic thermal protection systems; in one of these systems, nitrogen flows through a porous tile, cooling the craft during re-entry. At the heart of the canard control system, developed by researchers at the DLR Institute of Flight Systems in Braunschweig, are control surfaces – the canards – on the front section of the research vehicle, which can be used to actively control the vehicle. The Institute of Materials Research manufactured the ceramic tiles and the Institute of Space Systems developed a navigation platform for determining the location of the spacecraft during the flight. DLR’s MoRaBa mobile rocket base operated the two-stage launch vehicle, controlled the spacecraft and received the data sent by SHEFEX during the flight.

On the Way to Developing a Space Plane

A salvage ship and an aircraft are on their way to the landing site to retrieve the spacecraft.  If the recovery is successful, researchers will receive a large amount of additional data. “The flight of SHEFEX II is a step towards developing a spacecraft that withstands higher temperatures while travelling faster and for a longer duration,” says Weihs. More than 300 sensors measured temperature and pressure, among other things, during the flight. “We have a wealth of data, which will be used for years to come.” SHEFEX III could be launched in 2016; it will be more like a space plane and will fly through the atmosphere for about 15 minutes. The objective of this research is to allow for experiments in microgravity that last for a number of days and then return to Earth. 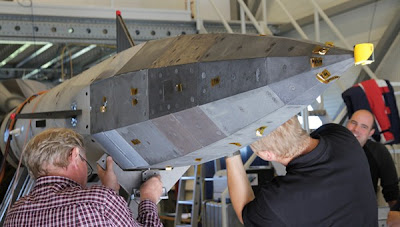 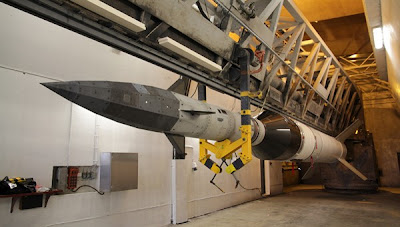 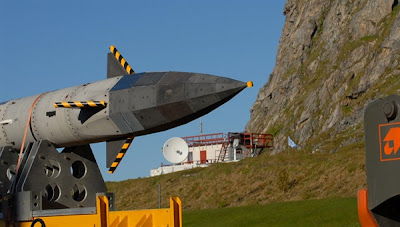 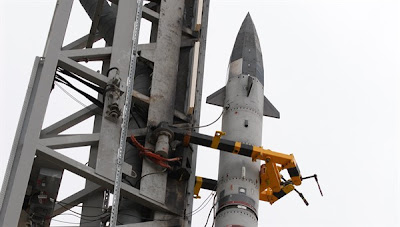 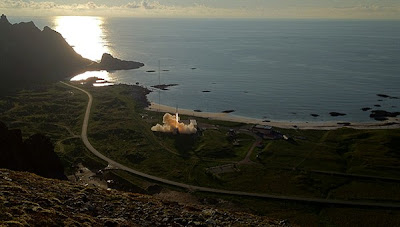