Equipment of the Cyclone-4 Rocket are Sent to Alcântara

It follows one communicates published on the day (06/18), in the ukrainian website "www.ukrinform.ua", announcing that ACS equipment manufactured in the ukrainian city of Mariupol were sent to the Alcântara Launch Base in Brazil. 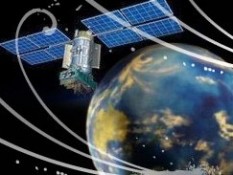 KYIV, June 18 /UKRINFORM/ - The first batch of PJSC Azovmash-branded equipment has been made in Mariupol and sent for the launch site Alcantara under construction in Brazil.

According to the press service of OJSC Azovmash, the equipment will be used for its space-rocket complex Cyclone-4.

"Booster service systems for filling it with fuel and oxidizer, collection and neutralization of technology waste water developed by designers in Mariupol have been shipped overseas. Those are different capacities from 1 to 120 cubic meters, tank retention elements and special sites for their servicing. All the equipment was taken by the bilateral-national company Alcantara Cyclone Space," the press service reported.

PJSC Azovmash is known as Ukraine's largest supplier of railway freight cars and platforms, bowsers, trucks, as well as steel, mining, crane and other equipment for heavy industries. The company exports its products to more than 20 countries. According to the president of PJSC Azovmash, Oleksandr Savchuk, the company's participation in the Ukrainian-Brazilian program Cyclone-4 is a new stage in the space odyssey of Azovmash, which has been working for outer space needs for many years.

Ukraine and Brazil signed in 2003 an agreement on long-term cooperation to create a space rocket complex. In 2006, the Ukrainian-Brazilian joint venture Alcantara Cyclone Space was set up for the implementation of this ambitious project.

Actual construction of the ground-based space-rocket complex Cyclone-4 in Brazil began in 2010. Its area is about 50 hectares. According to preliminary plans, the first launch under the program will be held in 2013.

Today, Mariupol began the second phase of creating equipment for servicing the assembly and test facility at Alcantara. The construction of ground transport units is being completed. Systems for the storage of fuel, washing and neutralization of auxiliary equipment, cleaning of industrial waste and vapors during refueling spacecraft are being prepared, and four experimental tank containers for fuel and an oxidizer are being made.

A system equipment to launch the Cyclone-4 being tested