Satellites Record Effect of Drought in the Amazon Rivers


Satellite images from the National Institute for Space Research (INPE) show the quicken advance of the Negro and Solimões river ebb tide in the Amazon. The flowing back of the riverbed is pretty evident in the Landsat-5 satellite images comparison, which were recorded in different periods, confirming this way the drought in the region.
According to images, the ebb may not be as strong as it was in 2005, however it is possible to realize that there will not be the minimum water depths in the months of October and November”, said the researcher Paulo Roberto Martini, from the INPE’s Remote Sensing Department. “The satellites data can help the Civil Service to act beforehand.”
The images show the places that will be most affected by the acute ebb tide riverbed as the rural communities of the cities Manaquiri, Jatuarana, Manacapuru, Autazes, Careiro da Várzea, Caapiranga, in the low part of Solimões river. The regions of the lower valley of Negro river have been analysed too. Through the Panamazônia Project, from the INPE, the researchers intend to extend the studies on the Amazon river flow in the South America.
The drought in the regions must extend until mid-November, when the rivers situation might be close to the one occurred in 2005, as you can see in the figures below: 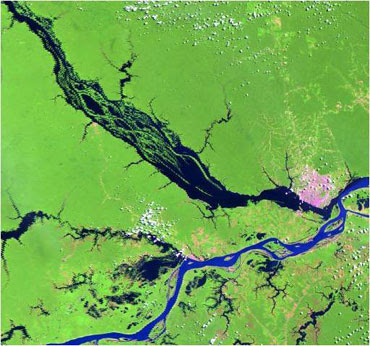 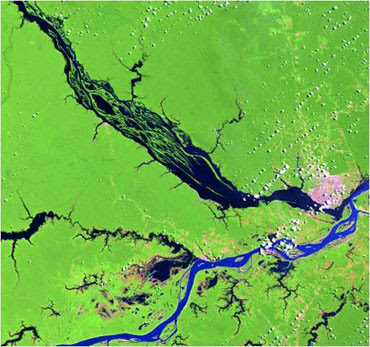 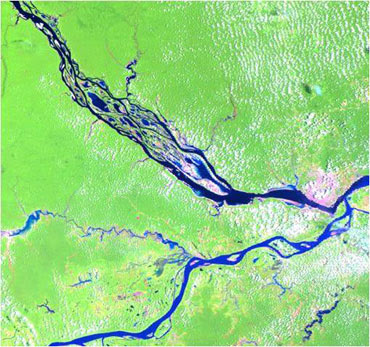 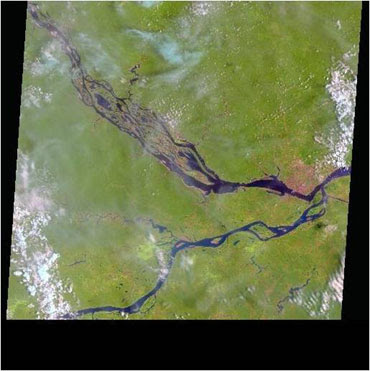