It follows a note published on the day (08/13) in the website of the National Institute for Space Research (INPE) informing that director highlights INPE’s role in Industrial Training and Economic Development.

During the ceremony of the 51st anniversary of the Brazilian National Institute for Space Research (Instituto Nacional de Pesquisas Espaciais - INPE), on August 10, the director Leonel Perondi reviewed the historical trajectory of the institute, linked to the Ministry of Science Technology and Innovation (MCTI), and stressed its importance for the development of Brazil.

"The Institute has built a solid wealth of knowledge and physical infrastructure, which allows it to develop projects ranging from basic research, applied research and development, to the final product and its social use," said Perondi.

Among other achievements, the director pointed out that the CBERS program has allowed more than a dozen industrial contracts, through technical and price bidding, which represented an investment of R$270 million.

He also spoke about a preliminary survey on the economic impacts of industrial policy promoted by INPE that, among other results, shows the creation of highly skilled jobs. He also highlighted the contribution of the institute for the domestic industry adding more value to products and services produced in Brazil.

"We believe that if there is a stable planning for the space program - a planning that continues for a long time without substantial changes - we can achieve far reaching results for the country. The space industry might repeat the success of the aeronautic industry in Brazil," he said. 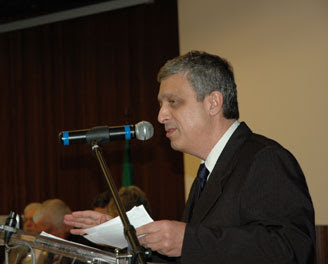 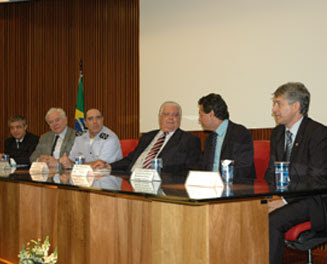 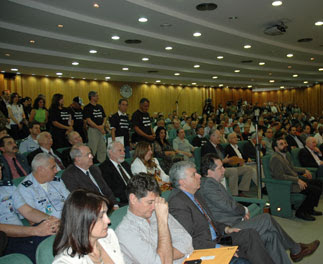 LIT Auditorium was packed throughout the ceremony 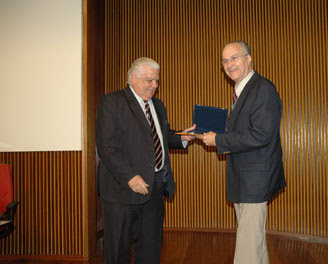