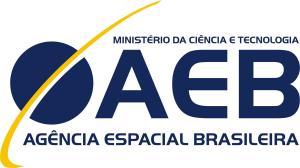 Exame.com.br reports that the Brazilian Space Agency (AEB) President Marcus Antonio Raupp’s bold effort to overhaul and consolidate the nation’s fractured space effort is meeting opposition from a key union worried that the change will outsource their jobs to private industry.
The Union of Civil Servants in the Federal Science and Technology (SindCT) is not happy with the restructuring of the Brazilian space program being promoted by the Ministry of Science and Technology. The proposal, which would have been taken to Mercadante minister by the president of the Brazilian Space Agency (AEB), Marco Antonio Raupp, provides for the merger of AEB with the National Institute for Space Research (INPE) and thus creating a new body to run the program….
The idea is to promote the merger of the AEB and the space agency into a single agency responsible for research activities and national space agency, modeled on the American NASA. The merger would allow the hiring of 400 employees and 700 for the space agency for Aeronautics and Space Institute – Department of Aerospace Science and Technology (IEA-DCTA). “They’re sweetening our mouths with this story that the merger makes it easier to hire more people,” says the president of SindCT. According to him, for years the agencies responsible for the program suffer from lack of resources, few hiring and wages lagged.
Perhaps the most worry that the union, however, is the introduction of the figure of the “main contractor” for the Brazilian space program. This is the name given to the company or institution responsible for carrying out a project from beginning to end, setting deadlines and other subcontracting companies. In view of the union, the company – which Raupp claims to be Embraer – take over the functions now performed by the space agency and the IEA….
The SindCT has not ruled out joining with an injunction to prevent the advance of the process, but rather an attempt to dialogue with the president Dilma on the subject.
Read the full story.
Source: WebSite Parabolic Arc - http://www.parabolicarc.com/
Foreign news–English and Spanish