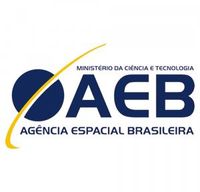 Brazilian Space Agency (AEB) President Marco Antonio Raupp wants his budget tripled from 300 million reals ($191 million) to 900 million reals ($573 million) as part of an ambitious overhaul of the nation’s space effort.
In an address last week to the 63rd Annual Meeting of the Society for the Advancement of Science (SBPC), Raupp said the increased budget is necessary to carrying Brazil’s National Program of Space Activities (PNAE), a five-year plan now being revised.
In addition to boosting funding, Raupp is also pursuing a merger of AEB with the National Institute for Space Research (INPE) to create a NASA-style organization that would be managed by a single body. Raupp also is focused on increasing the involvement of private industry in the space program and expanding the space workforce through better recruitment and STEM education.
Since assuming the AEB presidency in March, Raupp has had a series of four meetings with government agencies, industry, academia and other stakeholders on revising the PNAE and revamping the nation’s space effort. According to an AEB press release, the meetings have helped to define a set of priorities for the nation:
It was decided that the country needs a national system of prevention and disaster warning, a national defense strategy, an improved environmental monitoring and food and water security. To meet them, the new PNAE propose that we create a new portfolio of projects, greater participation by industry and academia in the program, the field of critical technologies, a new budget and improving the National System Development of Space (Sindae). Some of the existing satellite projects, such as the China-Brazil Earth Resources Satellite (CBERS, acronym in English) continue. Others, such as geostationary satellite communication and weather appear as a priority in the new PNAE.
Brazil also is seeking to become autonomous in space launches. AEB is working with Ukraine to launch the Cyclone-4 rocket from its Alcântara Launch Center (CLA). The nation also has an ambitious effort with the Russians called Southern Cross to develop a family of five new rockets by 2020.
“We have big challenges for the development of these vehicles. We have mastered the technology of liquid propellant, for example,” Raupp said.
In a separate address to the SBPC meeting, AEB’s director of Satellite, Applications and Development Thyrso Villela echoed Raupp’s call for Brazilian autonomy in space.
“We need access to space. No use without being able to build satellites put them in orbit,” he said.
Thyrso noted that Alcântara is located near the equator, making it ideal for competing in the lucrative communications satellite market. This location allows for up to 30 percent fuel savings on launches.
Thyrso identified attitude and orbit control, high-resolution imaging, and synthetic aperture radar as some of the key technologies that Brazil must master in order to become autonomous. AEB is deepening ties with universities to better train space engineers, technicians and scientists.
“We need skilled labor. We have about three thousand people working in our space program, which is small compared to other countries,” Thyrso said. “AEB will implement in the near future, a program in the field of critical technologies, a program for quick access space and a training program and attracting human resources for the space.”
Source: WebSite Parabolic Arc - http://www.parabolicarc.com/