Below you can read the news "“Revolutionary change” expected from new Indian space policy", published on Space News' website, in 11/11/2020.

And Brazil still sleeping on a splendid cradle... 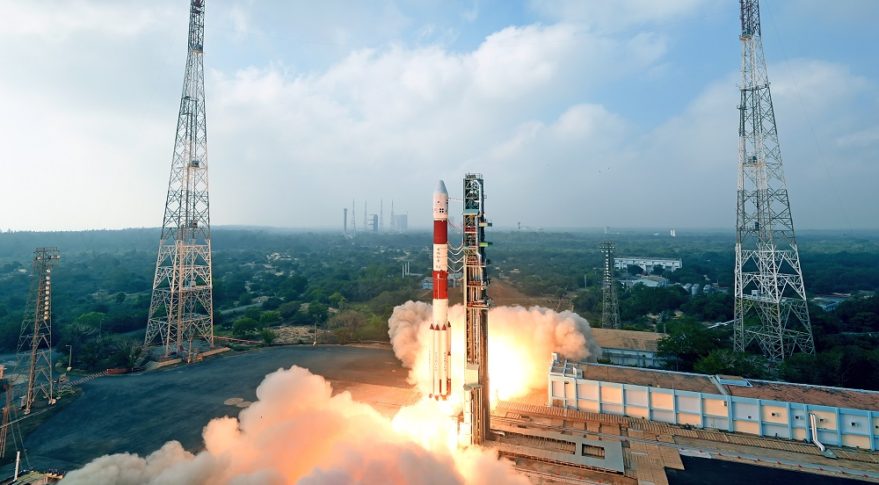 Launch of PSLV-C40 from Satish Dhawan Space Center in January 2018.
(Credit: ISRO)
HELSINKI — A draft policy on opening up India’s space sector is expected to bring transformational change, the chairman of the commercial arm of the Indian space agency said Nov. 10.
Speaking during an interview at Euroconsult’s World Satellite Business Week Virtual Edition conference, chairman and managing director of Antrix Corp. Rakesh Sasibhushan said the Spacecom Policy draft promises “revolutionary change.”
“The activities will never be the same again,” he said. The changes will allow access to a range of areas including satellite communications capacity, while private launch vehicle companies will be able to launch from ISRO’s facilities. “The complete ecosystem is accessible.”
The draft Spacecom Policy 2020 was published mid-October and was open to comments until Nov. 4. The draft act is under consideration and is expected to be put in place in the next few months, but timing will be down to the legislative process.
INSPACe, a new regulatory and space promotion organization announced in June part of reforms to increase space sector participation, will facilitate interaction between ISRO and the private sector. This will include access to satcom capacity, access to launch, to facilities and the whole ecosystem. INSPACe is expected to be in place in the next few months, Sasibhushan said.
Sasibhushan also stated that further policies addressing Earth observation, navigation, launch and many other areas are already under preparation, which will further transform the industry.
Antrix itself is also considering how to play a larger role, particularly how to align and partner with industry to boost the space sector.
“Until now the private sector was largely working with ISRO in a subcontractor role and there was no independent space actor outside ISRO. But as I see it many industries are keen to enter the commercial space domain on their own and are actively discussing their partners for technology funding, et cetera.”
Foreign direct investment will also be important in the new ecosystem. “Considering the lack of space technology players in the Indian private sector, international partnerships are important for giving a filip to commercial growth,” Sasibhushan says, adding that ISRO is also looking at technology transfers.
Asked about specific sectors, Sasibhushan says he sees big opportunities for Earth observation data, noting huge requirements for national security and the sectors of mining and land resources sectors expected to request a lot of services. This apparent demand would require dedicated space assets to be put in place.
Despite a strong global environment for commercial space activities, Sasibhushan perceives space for an Indian actor to come in and provide services. “India is a big country, there’s huge demand and a full end-to-end system which is made and then deployed will have enough scope for exploiting the market in India.”
The main challenges in EO include a lack of capacity and high prices. “These are the two areas we need to address immediately and we are working, on an end-to-end basis, how we can partner Indian industries and put in space assets and provide end-to-end services with affordable costs so that the market will be very much interested.”
India is now beginning to resume activities following a big slowdown due to the COVID-19 outbreak, with Sasibhushan noting that India and ISRO had been hit hard by the pandemic. Launch activities have only just resumed with the launch of PSLV-C49 over the weekend. The previous launch was in December 2019.
“Things are improving. The COVID curve is coming down and the first flight after the pandemic strike was scheduled this weekend. Hopefully a full recovery will take place sooner [rather] than later.”