It follows one communicates published on the day (08/20), in the site of the “Latin American Herald Tribune” announcing that is a Brazilian Nanosatellite en route to Space Station. 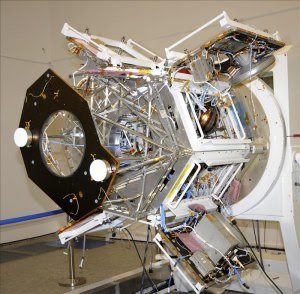 After two postponements due to bad weather, the HTV5 was launched Wednesday from the Tanegashima Space Center and is expected to reach the ISS early next week.

The 3U Cubesat Serpens will be placed in orbit in late September of early October, the AEB said.

The cube-shaped device weighs 3.5 kilograms (7.7 pounds) and was assembled at the National Institute for Space Research. The aim of the mission, according to the college students who developed the craft, is to determine the capacity of nanosatellites to relay radio transmissions.

3U Cubesat Serpens is programmed to receive information via radio, store the data in its computer and then transmit it to universities participating in the project.

This is the third nanosatellite developed by the AEB’s Serpens program that promotes the training of students and researchers in Brazil.

The nanosatellite, with a price tag of 800,000 reais ($230,000) was developed by a number of Brazilian universities in collaboration with academic institutions in Spain, Italy and the United States.

CubeSats are a type of nanosatellites with standardized weight and size, used in missions that can be controlled from tracking stations in universities or even by amateur radio operators.