It follows a note one published in on the day (01/27) in the website of  the “Russian News Agency - TASS” noting that Russia could offer BRICS partners to create Joint Orbital Station.

In particular, Russia should make such a proposal to India and China,
which have been actively developing their manned space programs 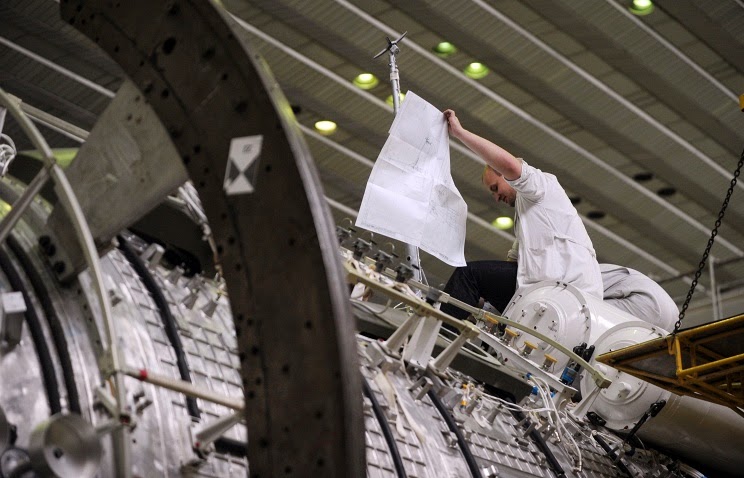 MOSCOW, January 27. /TASS - Moscow could propose to China and India to create a joint manned orbital station at the summit of the BRICS emerging economies in Russia’s Ufa in July, a document drafted by the expert council at Russia’s military and industrial commission said on Tuesday.

The experts recommend “working out the possibilities of an international manned project with BRICS countries as part of a common strategy of creating technological alliances.”

“We can start this work now and include the issue in the agenda of the BRICS business council in Ufa,” the document reads.

In particular, Russia should make such a proposal to India and China, which have been actively developing their manned space programs, the experts suggest.

Other perspective areas for further research could be modular rockets using methane as fuel and also the creation of an aerospace vehicle, which could be used in the future to construct a fighter or a bomber of the sixth generation.

Comment in English: For countries such as Russia, China, India and South Africa, countries where commitment to space activities this initiative can be very beneficial. However for Brazil and with the kind of government we have, this only increase even more the lack of focus bringing with it even more problems for the Brazilian Space Program.